In the days of old, the Metro, Paris’ subway system, would be littered with the numerous tickets, billets, for the Metro. Used one time, these tickets are now part of an antique system; a system replaced with Metro Pass. While the tickets are still usable, the Metro Pass is far superior in value and convenience.

There are very few attractions within the city of Paris you cannot access without the Metro. From the streets of Pig Alle to the student 5th arrondissement, there is always a Metro entrance near you. Simple and easy to read; the Metro lines do not require a full understanding of French to travel the lines. Each stop, line and RER are color-coded for ease of travel. At each stop, intersecting lines are listed below; travelers going to specific locations will find their destination quickly and easily.

Traveling to Paris – Get a Metro Card

Using the Metro is very simple and a tourist can master its intricacies in mere moments. Enter through the pass gates by tapping your Metro Pass on the scanner; once you are inside the station you can travel throughout the city. Once you are inside the styles of the Metro, travel is unlimited. In fact, tourists frequently travel the rails for a full day simply to experience the Metro.

The Metro also has RER lines or réseau express régional (regional express network). These rapid rail lines connect major points of the city and have far fewer stops along the way. The RER also encompasses the over-land rail system. There are five RER lines. Each line corresponds to a letter and a color making the RER both simple to use and understand. The RER map is available here in French and English.

In addition to a rail line, the Metro operates a bus line and uses the same Metro Pass. Tourists wishing to travel the city above should consider the bus lines. Buses operate on a similar schedule as the rail lines, and all buses have the same intuitive routes.

Maps are available throughout the Metro stations; Metro Passes are sold on-line at the official dealer JustRing. Purchasing a Metro Pass will grant you an unlimited amount of uses for a set period of time.

Travel to Paris; buy a Metro Pass; use the Metro, and Bon Voyage! (Good Trip in French) 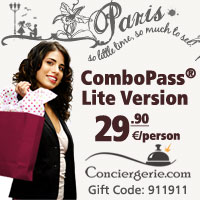